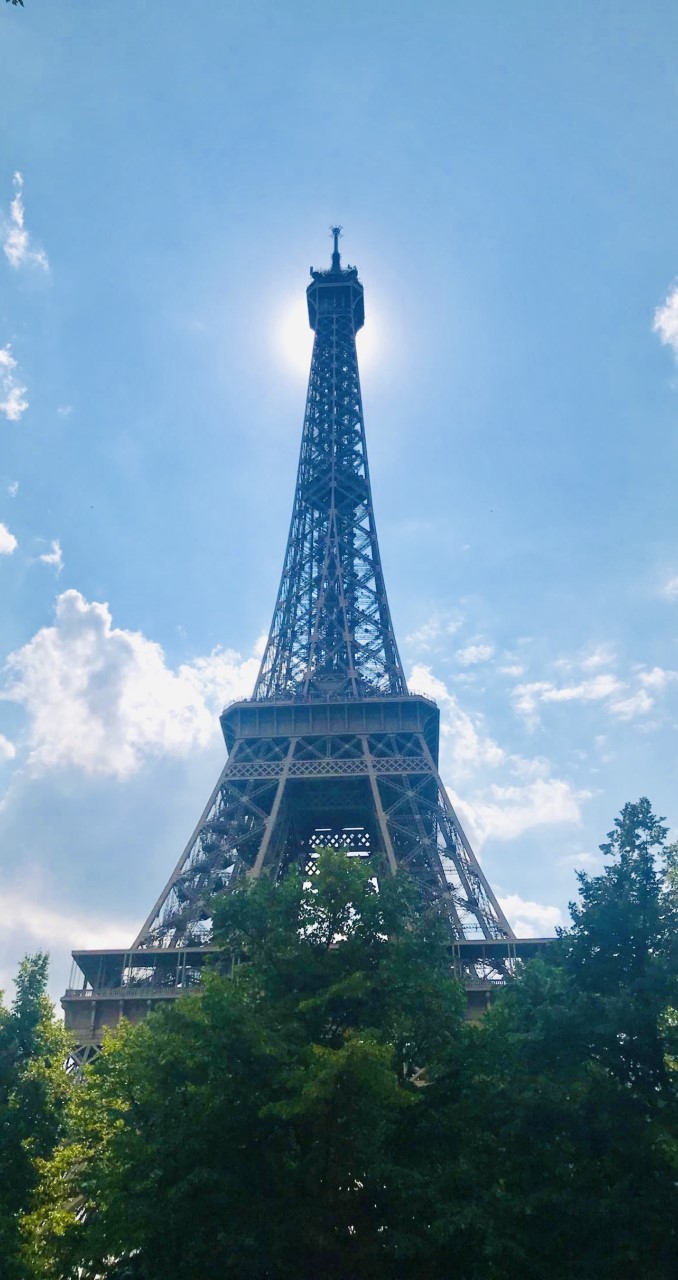 Dear Diary, I Fell In Love With Paris.

I fell In Love With Paris. We met at 10am. A partially cloudy day. I was standing above the train station with my suitcase in my hand, standing next to my best friend. We were taking all of it in.

It truly felt like a dream. A place that actually existed, a place with people with lives coexisting with mine. It really sunk in that no matter how far I was, no matter how much homework I had, or if my boss continually screwed me over, or if my car broke down on the 405, Paris still stood right here, alive. 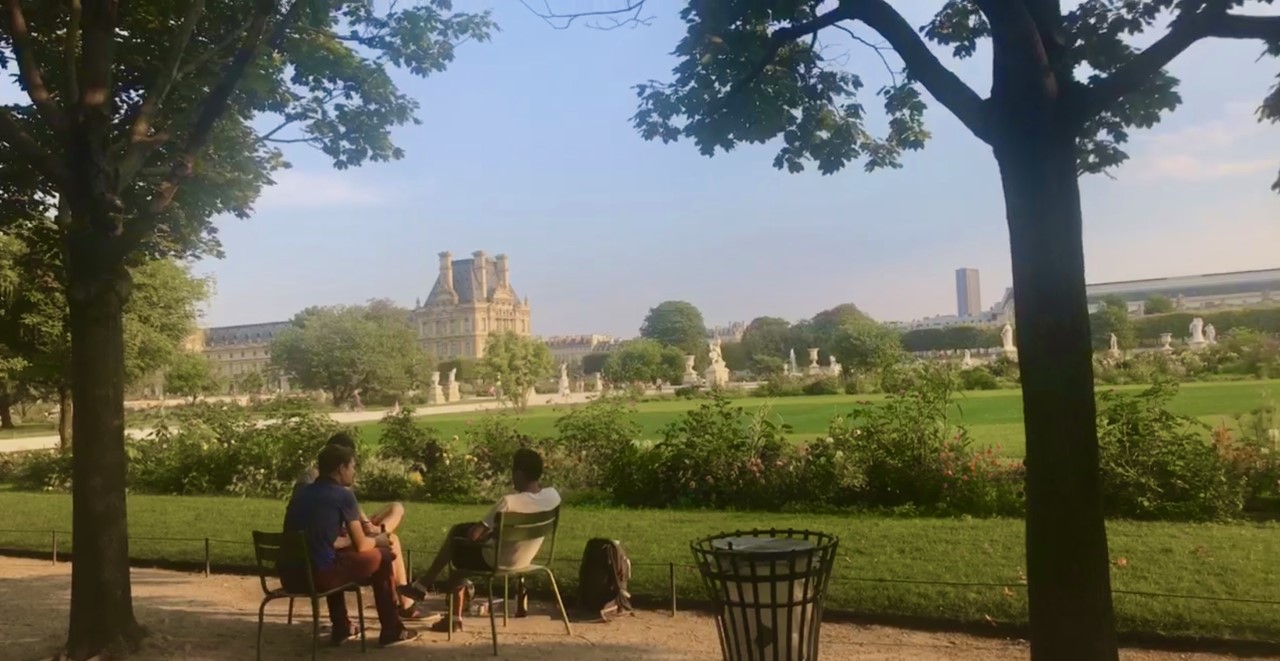 Now when I said it felt like a dream, I meant it. It felt like a blur. But I believe that might have to do with the fact that while it was a bright and sunny new day in Paris, it was 1am back home.

First steps on Paris grounds and already I was in love and scared. Here I was, with my best friend, in this amazing city, not knowing where to go. We rented an airbnb and had not a clue on how to get there. We had instructions from the airbnb host, but everything was so foreign and there was just no way those english translated instructions were gonna get us through Paris to our place.

So we sat there, above the train station, with our suitcases, for about an hour and a half. We felt very vulnerable with all of our belongings and confused faces. Two naive American girls with the vocabulary of Bonjour and Merci. I laugh about it now. We finally got in touch with our airbnb host on the phone, and after trying to give us directions (which I’m sure were so basic to her), she decided to walk all the way from the airbnb, to us, to bring us back to the airbnb. It makes me cringe thinking about it but I’m grateful for her kindness. 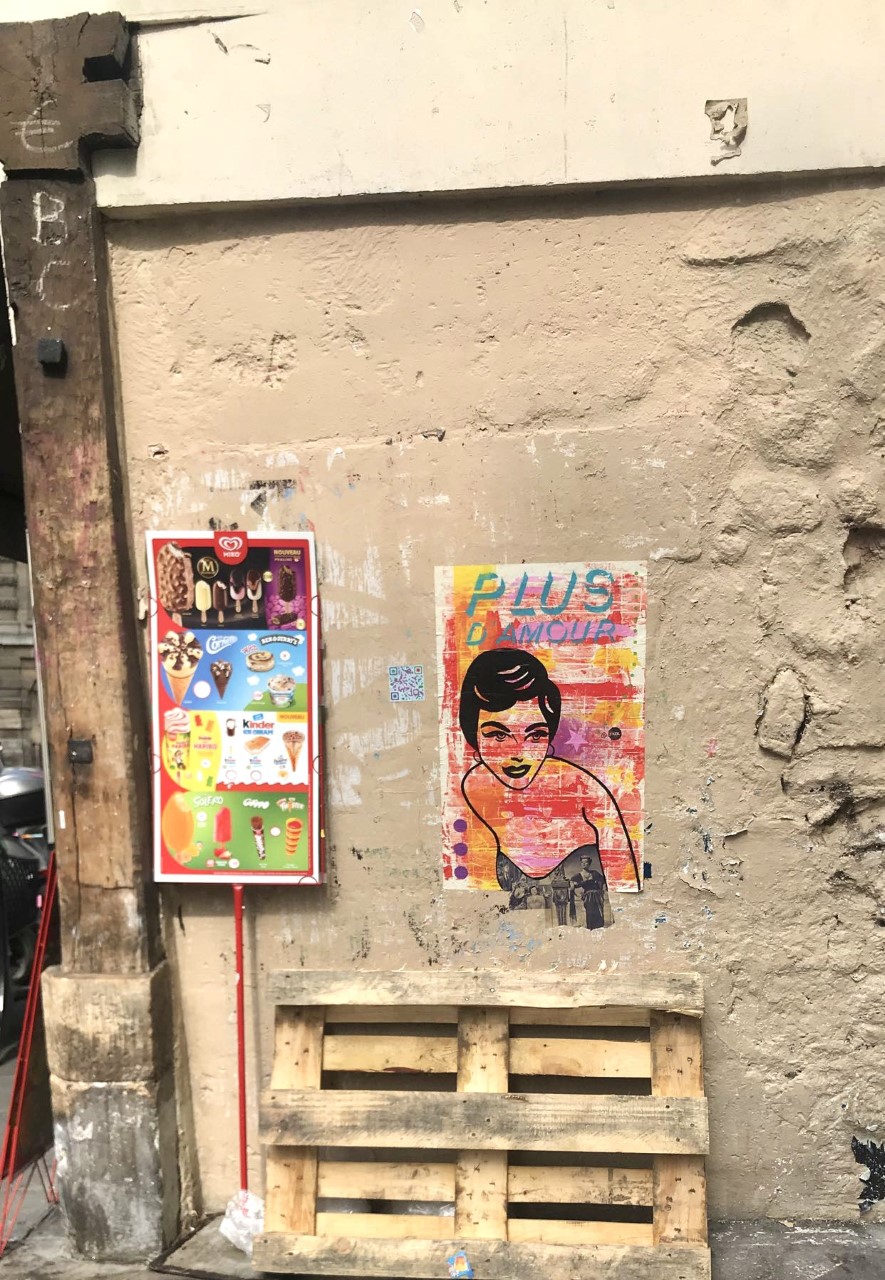 It was a short walk, and we finally made it to the airbnb. One street over from The Louvre, it was an ideal spot. An apartment complex shaped in a circle, with an open aired area right in the middle. We made our way to the elevator.

The elevators in Paris were incredibly small. Barely two people could fit. It was hilarious and messy and terribly inconvenient but I loved it that way and I wouldn’t change it.

Finally! Unpacked and safe. It was so, so, SO small, but we made it! We were so happy to be at our airbnb at last. Little did we know, that feeling would disappear as quickly as it arrived.

A heat wave. We arrived during a heat wave. Although we were unaware of that until a few weeks after our trip. It was brutal, to say the least.

No air conditioning in our airbnb.

No fan in our airbnb.

I sincerely don’t know how that was overlooked when booking the airbnb, but there we were. We took several showers a day. The shine on our bodies due to the overwhelming amount of sweat was constant. The bed sheets looked nice but we layed on top of the covers every night. We opened the windows for any bit of air to come through. But like I said before, the complex was built in a circle with an open middle, and unfortunately our window opened up to that enclosed circular area. Hot, still air awaited us every time we tried. But we kept the windows open anyway, just in case. 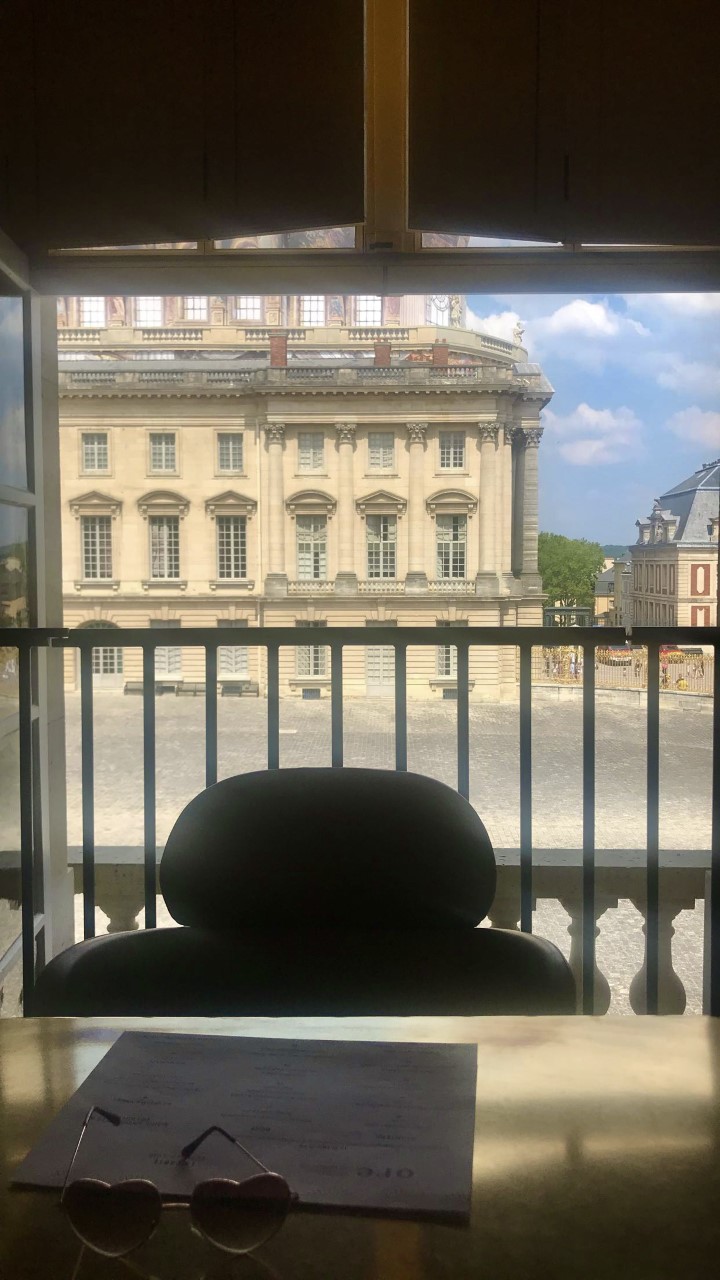 It sounds dreadful so far doesn’t it? But it wasn’t. It was exciting. It was so horrible it was fun. Struggling in Paris. It was the perfect start to any adventure.

The architecture. The style. Why aren’t all buildings designed like this? So royal and romantic and foreign. It couldn’t look further from LA and the US and it was fantastic.

The croissants were amazing. So soft and warm, delicious enough to make a gluten free person cheat and a celiac to suffer. The coffee was so strong I couldn’t finish it. But I loved it. The alcoholic drinks could’ve used some help. Where was the alcohol? We asked for an extra shot of rum in our Pina Coladas to cater to our American tongues. 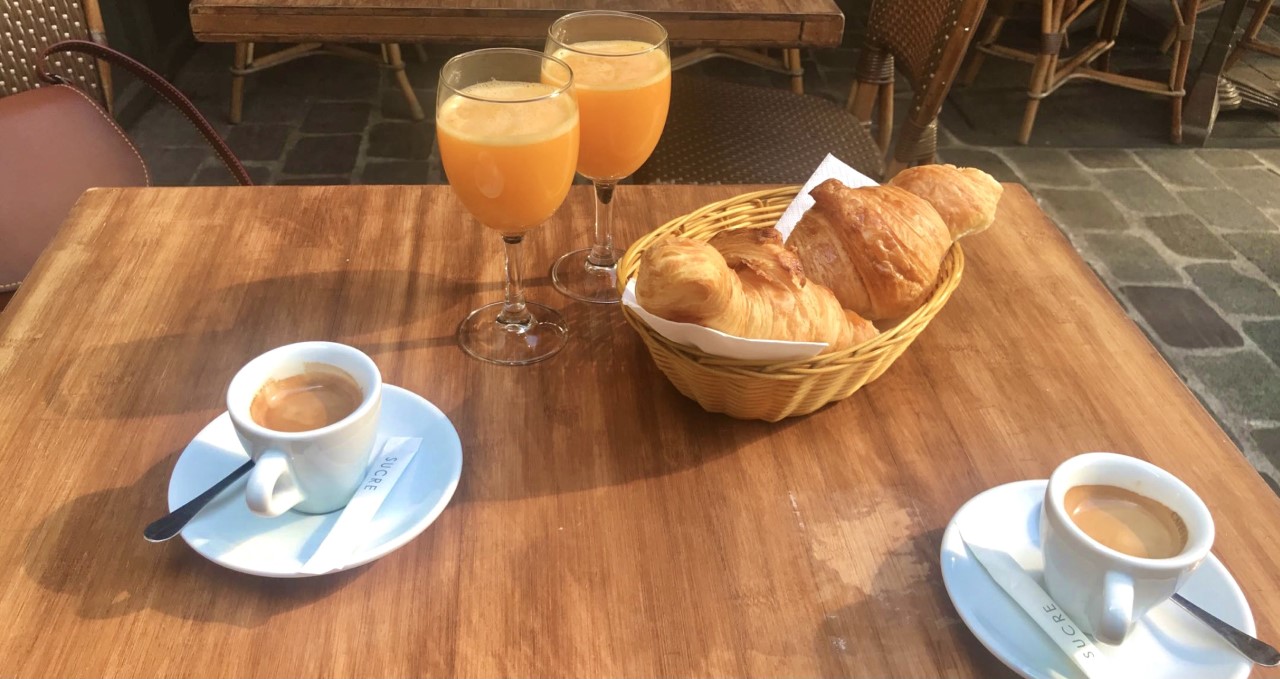 What’s Paris without the Eiffel Tower? Sheena and I walked all the way from our airbnb to the tower. We didn’t care how far, or how long it would take. We just found the tower poking above the trees and buildings and hunted it down.

It was beautiful. Our beacon in the middle of the ocean. It was our North Star.

We visited the Eiffel Tower every night. It became tradition- a ritual. Every night at the same time the tower would sparkle, and we would be there for it. We’d walk along the bridge where there were clusters of tourists and Parisians who would try to sell keychains and overpriced waters to those gullible enough. One was kind enough to give Sheena and I Eiffel Tower keychains for free. I still have it. Others would be playing their music with the tower as their backdrop. That bridge was so busy and fast-paced but so frozen in time.

I saw the Mona Lisa. Deep inside the walls where that huge glass pyramid they call The Louvre stands. It was smaller than I expected it to be. But my eyes saw it. In person. In all it’s world renowned glory. 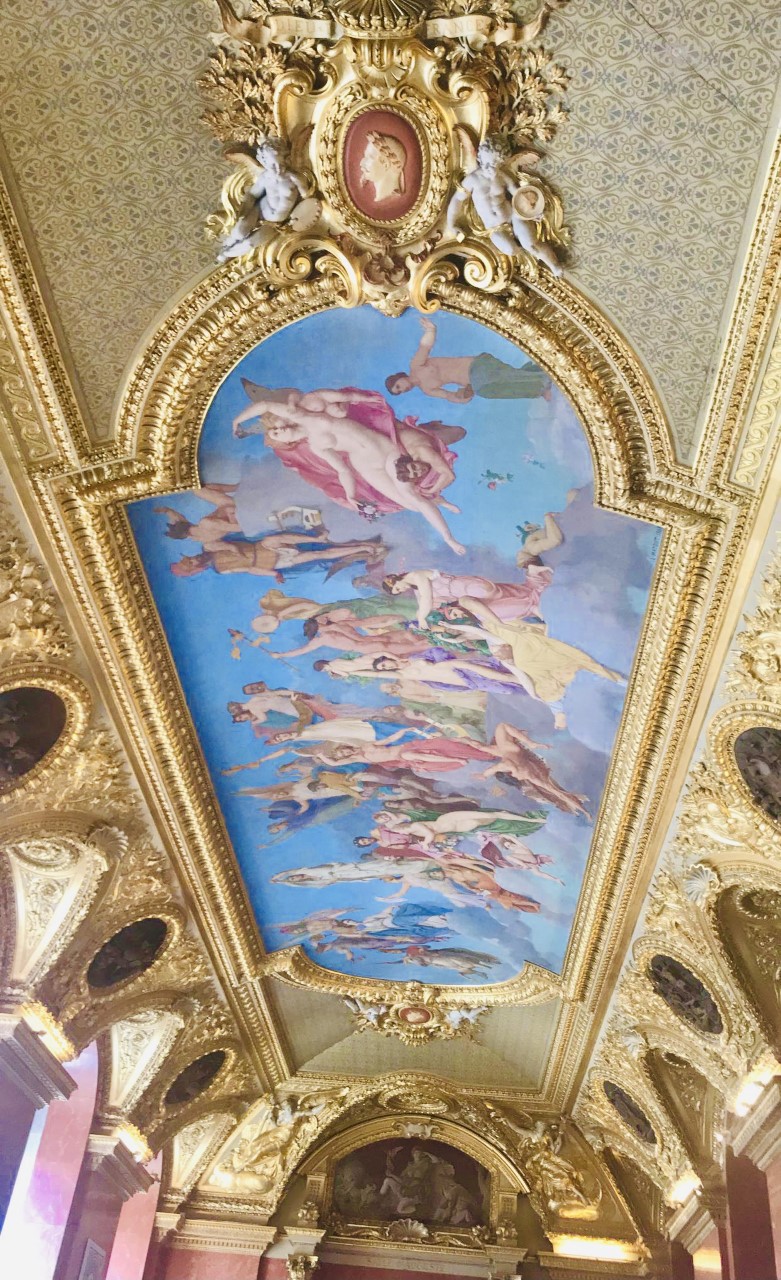 We met these french boys at the Garden Of Tuileries Carnival. It’s a carnival they set up there every summer. Full of games, rides, and food. It was the cutest. We sat at one of the benches eating our food and listened to these three boys play music on a mini stage. They were guitarists. They were amazing. So passionate about their music. We cheered them on and that made them smile.

They came over and introduced themselves. They spoke very broken english but enough where we could communicate. The boys invited us to a bar that night where they were playing and so we went. I had my first shot ever that night. I was only 19 but had never drank before this trip. Because it was legal in France, I felt it was morally right.

Mint Chocolate Shots. It was the best shot I’ve ever had. Even with the many shots that followed that first shot, nothing could compare. It was so creamy and delicious that we had another. 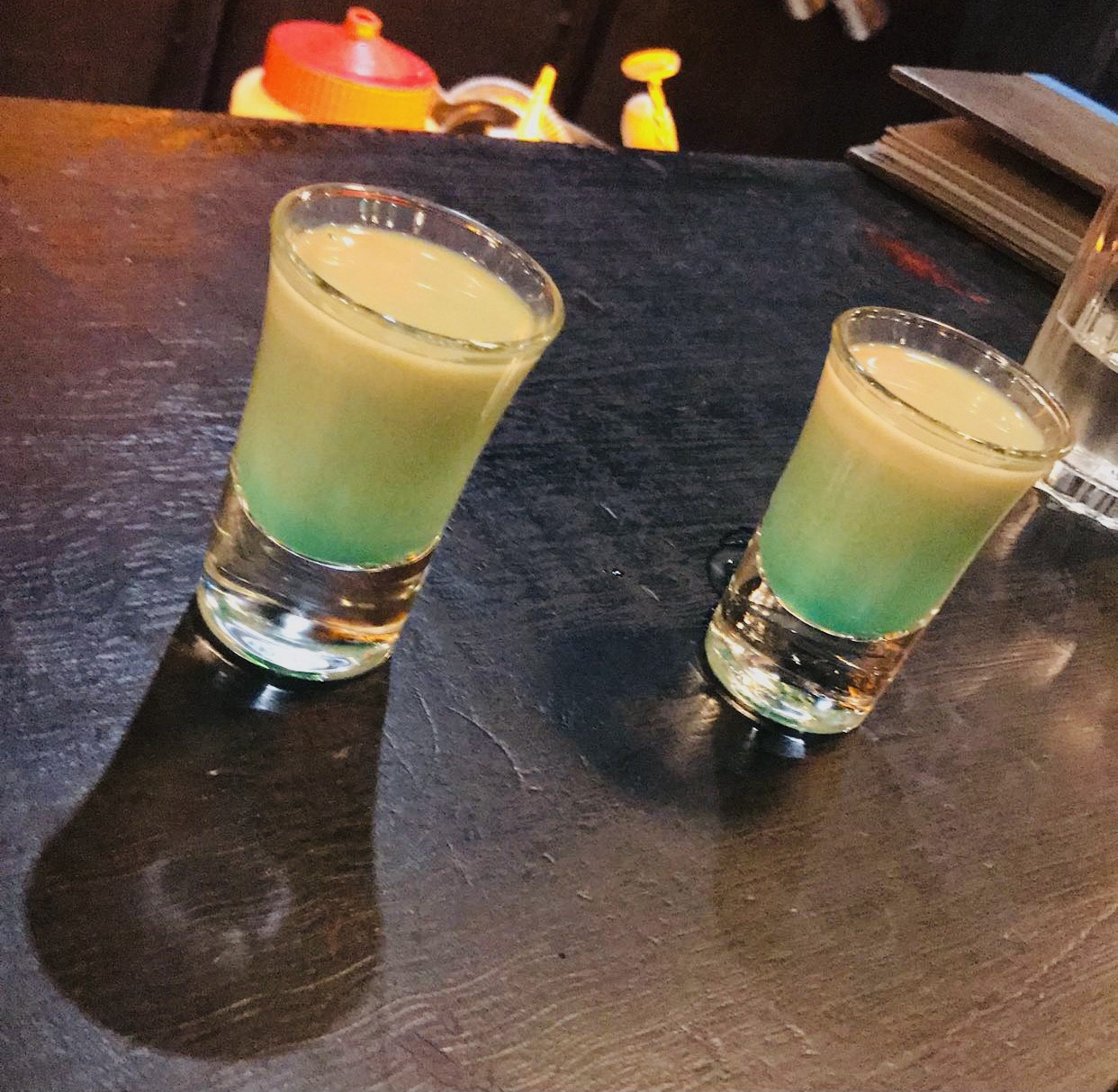 The boys finally arrived and played their guitars for everyone at the bar. It was so good. They were so relaxed, so happy to be there, so effortless in their playing. Afterwards they offered to show us the Arc de Triomphe. We said no. We had a flight to Italy in 5 hours. I wish we had pulled an all-nighter and went.

The City of Love and I was In Love with The City. I fell in love with Paris. I thought it would’ve been sad to be there without romance. But Paris played the part of the lover seamlessly.

Love was in the air. You could smell it’s perfume in the air, you could taste the sweetness, and you could also hear it. Sheena and I heard it. Lying on top of our bed late at night in our hot room. Windows open. I was just about to get swept away into my heat coma when I heard it. Echoing through the middle of our enclosed airbnb complex. We kept windows closed from then on out, no matter how hot it was.

After coming back from Italy, we stayed at a different airbnb. Just as small, but with air. Crisp, cold, ventilated air. It was on the opposite side of Seine River, on the side of our beloved Eiffel Tower. Every morning I would wake up, open the windows, and see the blue, cloud speckled sky with the tower in the distance. I was waking up to a dream.

We dressed in our most sparkly dresses and went to see a live show at the one and only Moulin Rouge. It was tragic to see how many underdressed people there were. This place was so glitz and magnificent it was just begging for you to match. We were one of the last in line to get sat but because of our dresses they sat us front and center.

Every day since I’ve left the city, I’ve thought about going back. Every single day. It’s been 996 days and counting. I still remember the streets of Paris like it was yesterday. Retelling the stories bore people to death but it’s what keeps my memories alive. I don’t want to forget.

London, Sydney, Rome, Hollywood, but all I want is you, Paris. 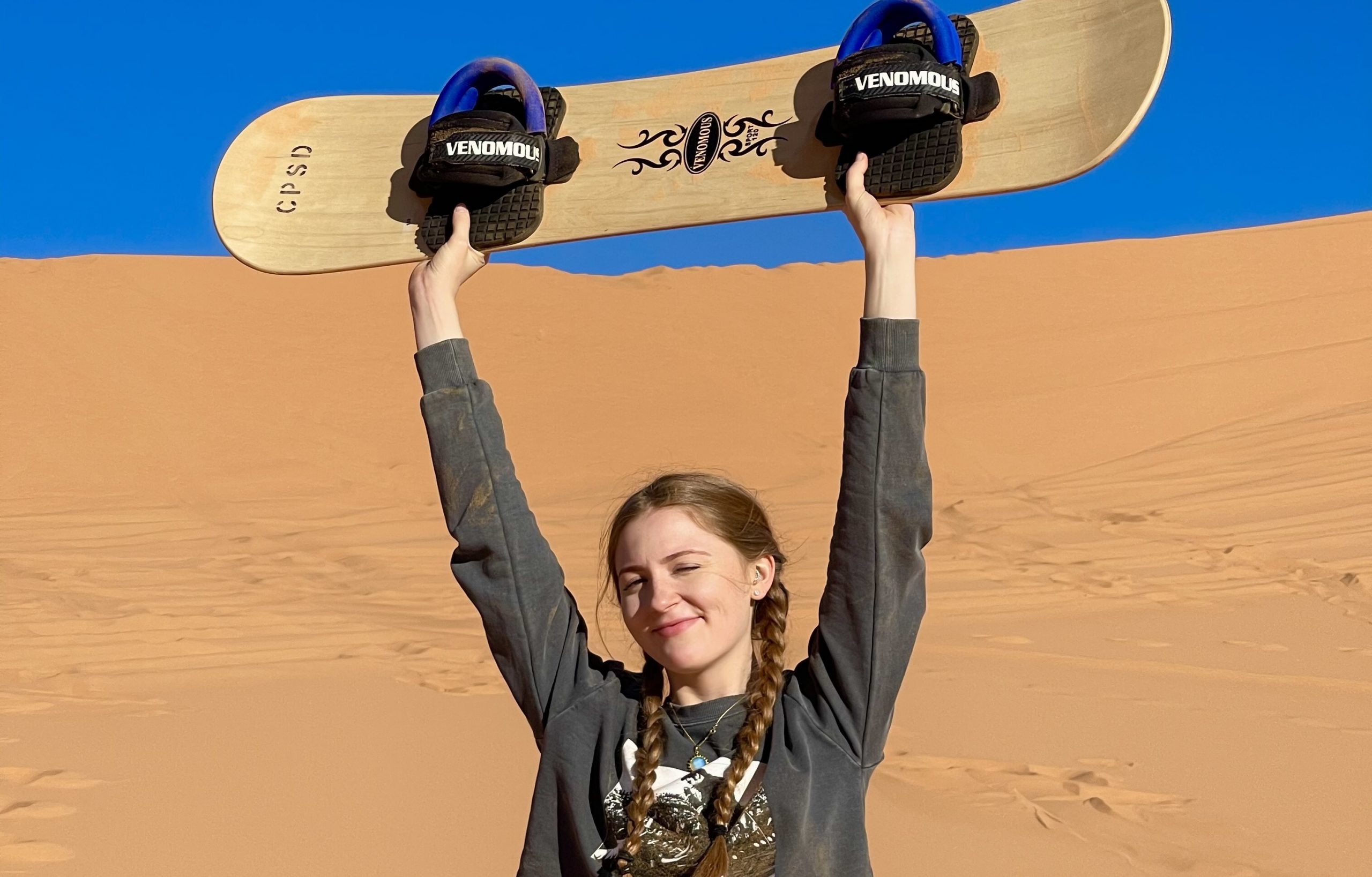 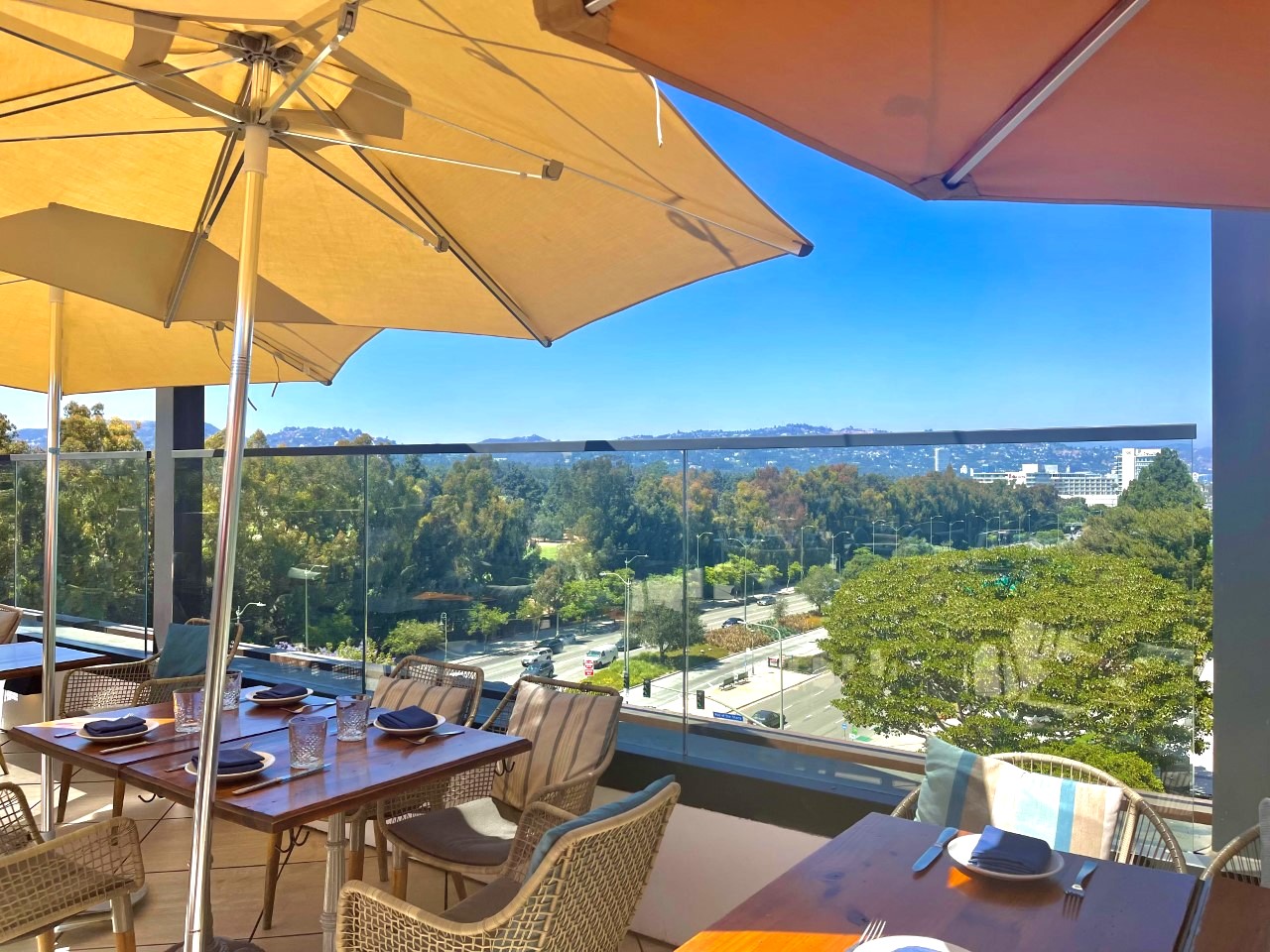 One Fun Day In LA